One Sneaky Way to Land Your Next Job 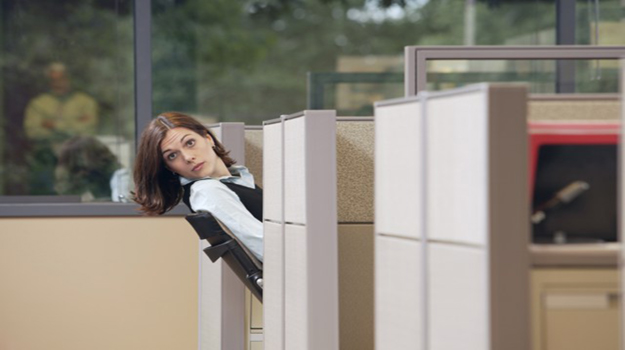 Even though U.S. unemployment statistics show signs of improvement, there’s still plenty of competition out there. If you’re on the job hunt, you’re not alone, and you still need to make use of every advantage you can to one-up the rest of the field… including thinking outside the box when it comes to getting your foot in the door.

You can spend hours perfecting your resume, hire a pro to help you craft the perfect cover letter, and run through one practice interview after another, but at the end of the day you’re still nothing but a faceless name in a tall stack of other faceless names. HR folks often get a bad wrap for having a seemingly easy job of hiring and firing people, but wading through hundreds of applicants based on nothing more than a few bullet points is incredibly challenging.

So how do you stand out amidst a sea of equally qualified candidates? Simple: you need to give those in charge of hiring a face to go with your credentials. But how do you do that before you actually score an interview?

Ben Franklin was known as a master politician, diplomat, and inventor. But he was also an inspired student of human nature, leaving behind for future generations such quotable wisdom as “Tell me and I forget. Teach me and I remember. Involve me and I learn.” His intrigue with social nuances helped him become the great leader we all learn about in school.

What you’re unlikely to find in any textbook, however, is an idea known as the Ben Franklin effect. The saying, attributed to Franklin, goes like this: He that has once done you a kindness will be more ready to do you another, than he whom you yourself have obliged.

In simpler terms, if a guy does you one favor, the chances that he’ll do you another favor down the road are greatly increased. It’s not necessarily about the favor itself—rather, it’s about the personal connection that’s forged when one stranger offers a selfless act to another. On the job hunt, this psychological phenomenon can be put to use in one specifically sneaky way.

Informational Interview: Put the Ben Franklin Effect to Use

When you take someone out for coffee to conduct an informational interview, what you’re really doing is making your future job application personal. You’re putting your face and personality on your otherwise indistinguishable-from-the-crowd resume. If you ignore your gut instinct to send a thank-you card or small token of appreciation after the interview, you’re also taking advantage of the oddity that is human nature.

“Conventional wisdom has long been to repay favors,” explained Steve Dalton, author of The 2-Hour Job Search. “For example, if someone agrees to speak to you for an informational interview, you might send them a gift in thanks… however, this turns the encounter into a transaction. As Ben Franklin confirmed hundreds of years ago, sometimes the best payback is no payback at all.”

If you’re a job seeker, you can use the power of psychology to make your job hunt personal with those who may have the power to bump you up to the top of the candidate’s list. Schedule informational interviews, make the connections, and give those in power a face to go with your name. If they do you the favor of granting a meeting, they’ll likely stick up for you in the future when they see your name come through in the applicant pool.